FirmGreen Inc. (FirmGreen), a small renewable-energy company based in Newport Beach, Calif., hosted Ex-Im Bank Chairman and President Fred P. Hochberg at its headquarters this week to discuss green-tech jobs and trade: FirmGreen’s growing portfolio of patented green technology is positioned to lead an expanding global market for “green-tech” products being manufactured in the U.S. END_OF_DOCUMENT_TOKEN_TO_BE_REPLACED 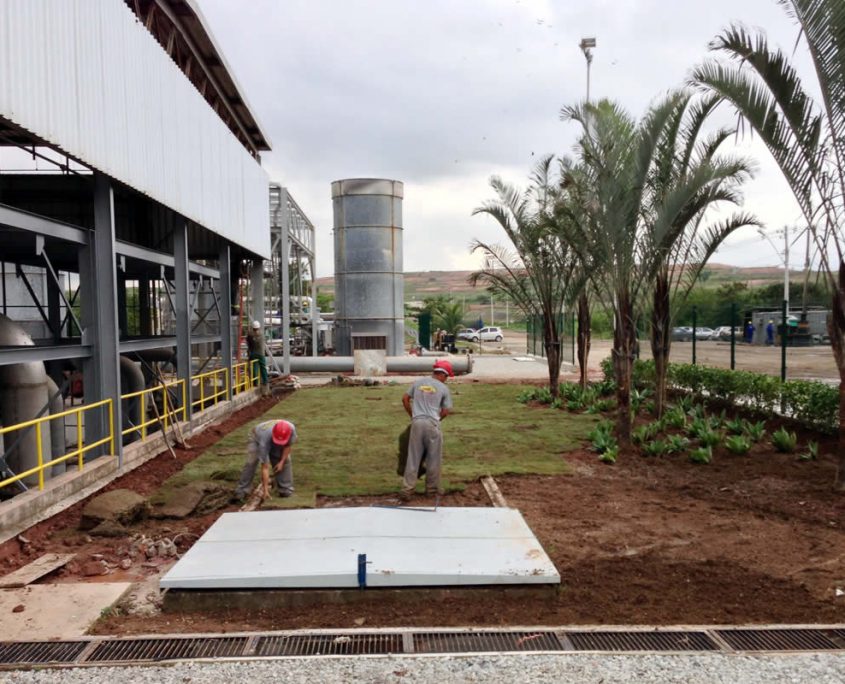 With the biogas processing plant ready to become operational, workers are “beautifying” the landscape. 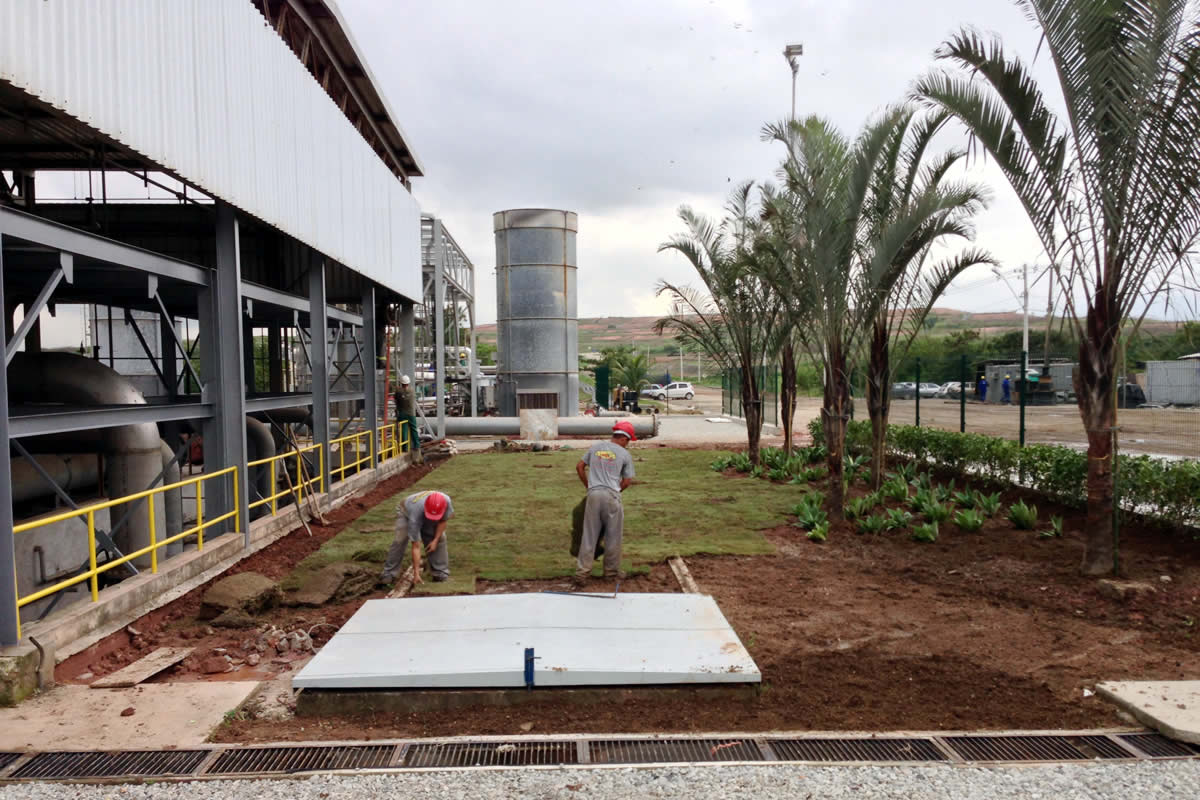 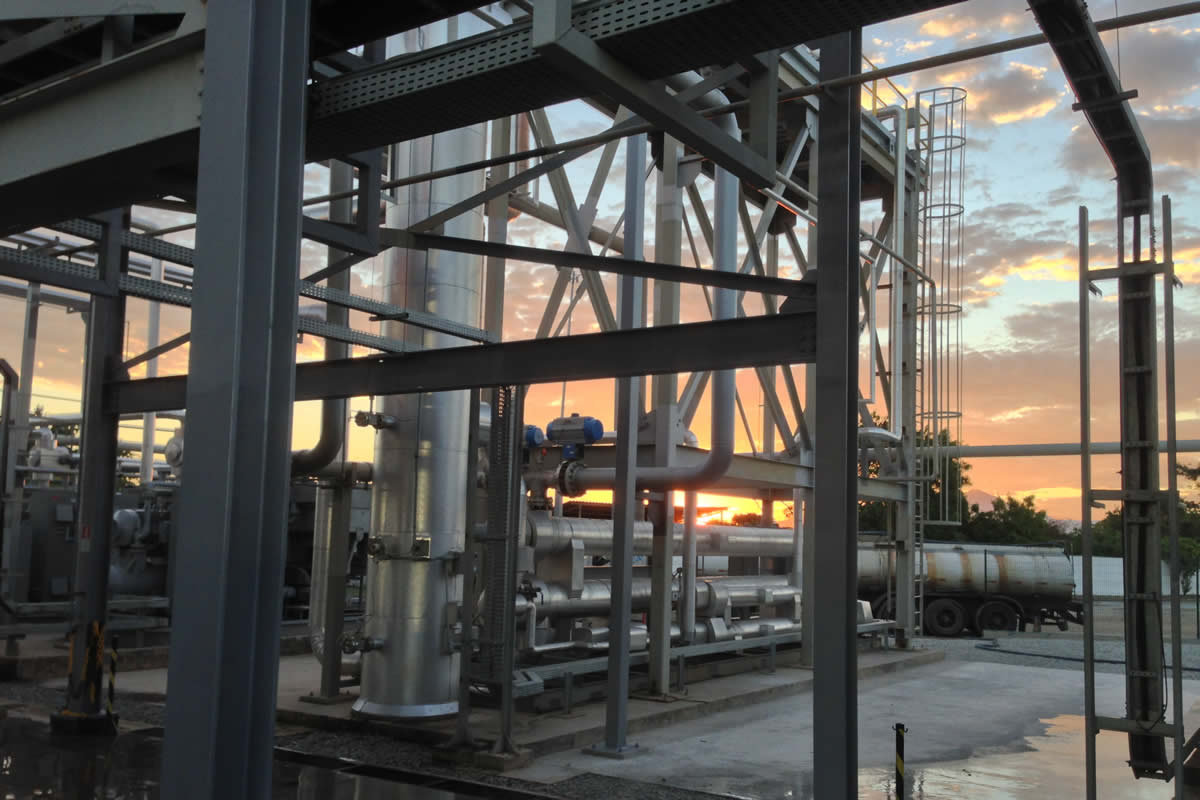 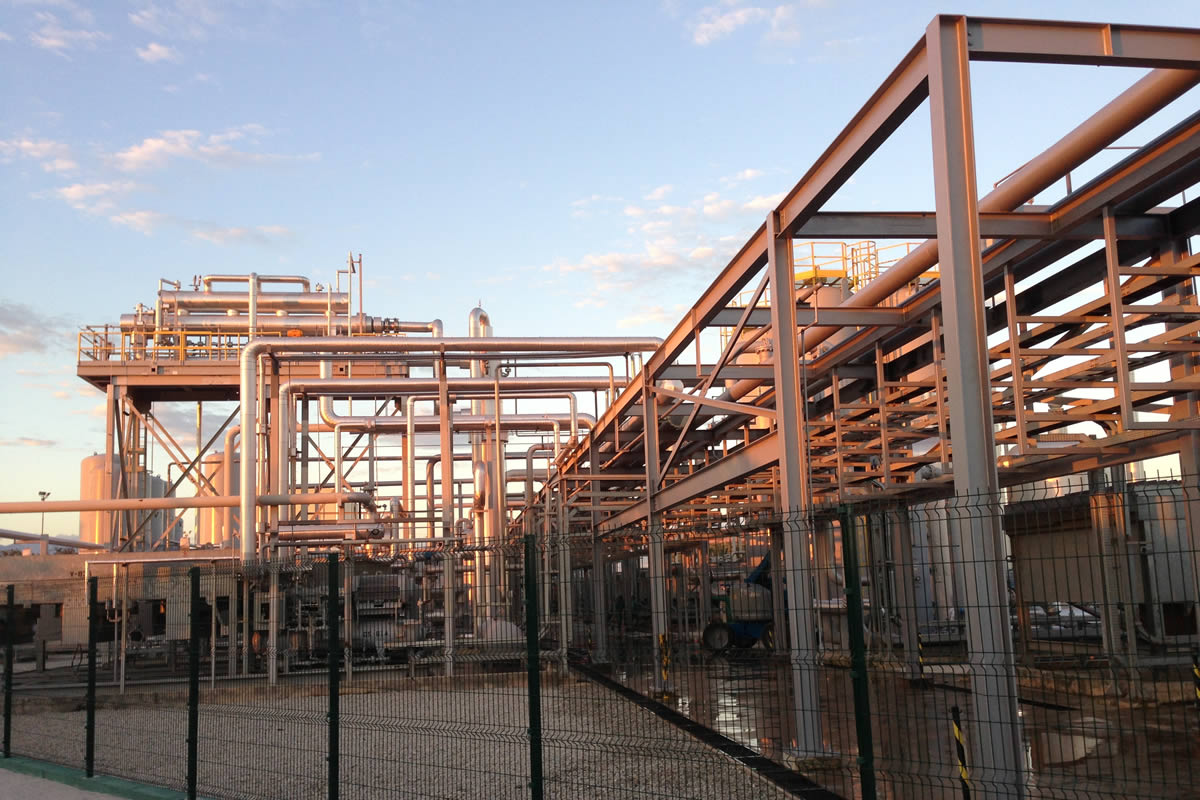 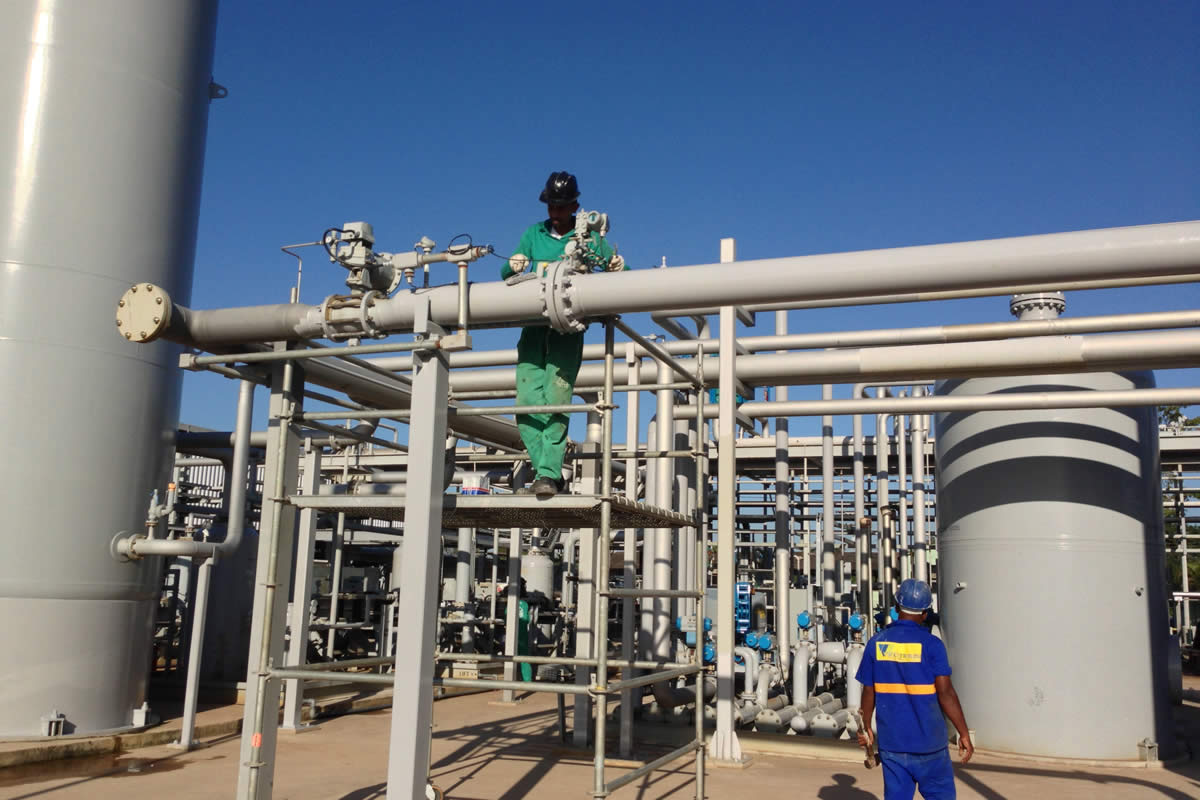 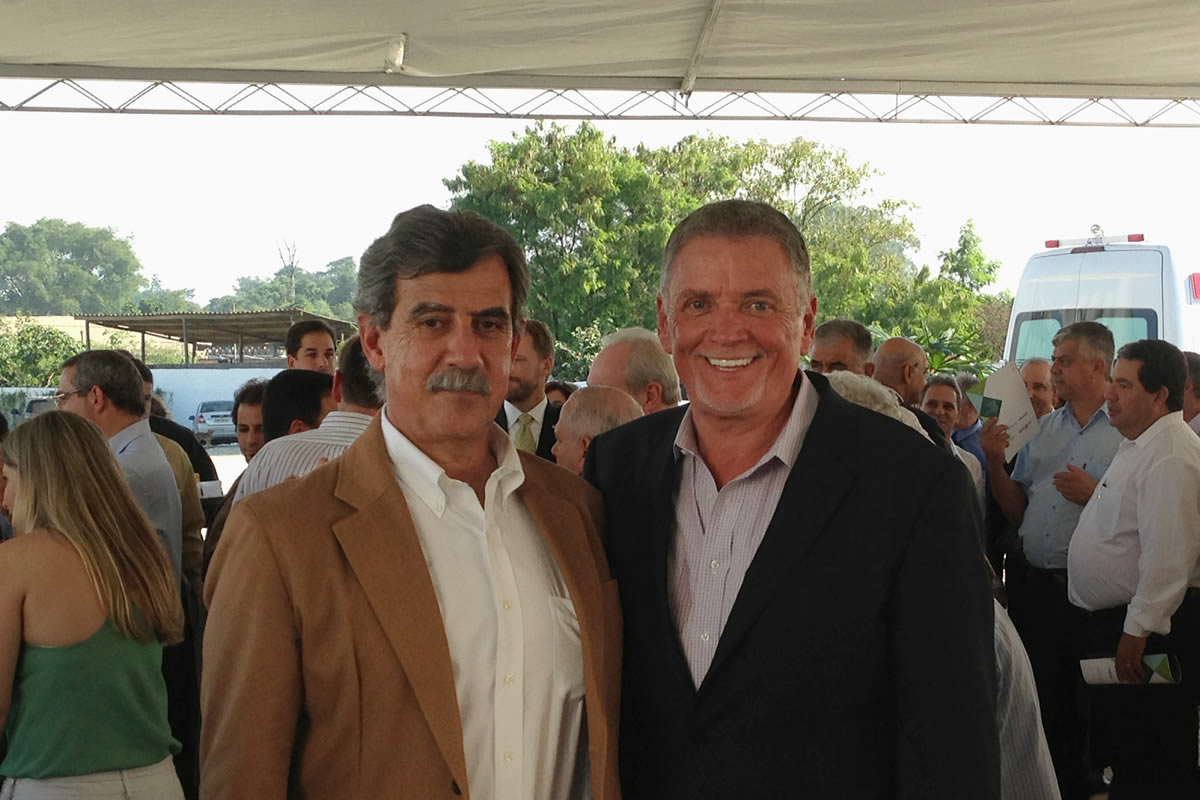 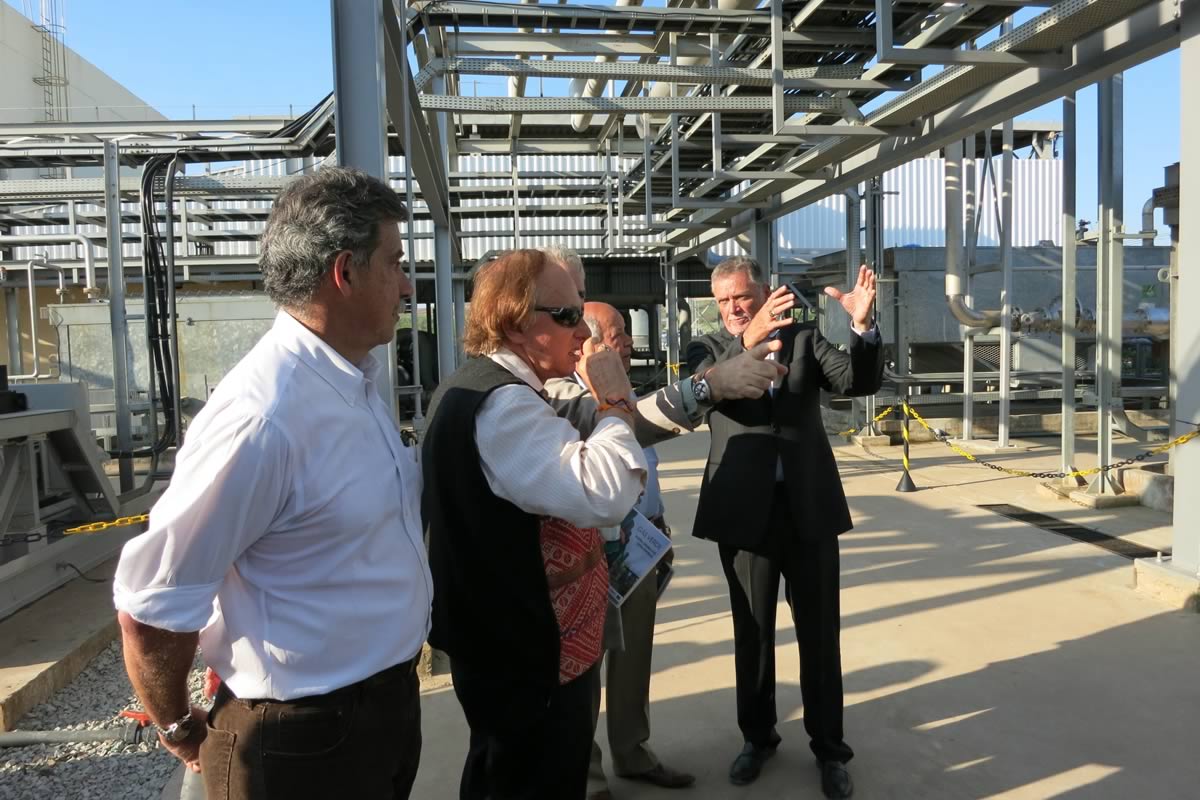 In 2012, FirmGreen and other U.S. green-technology suppliers benefited from a $48.6 million loan from the Export-Import Bank of the United States (Ex-Im Bank) supporting exports of equipment and services for the development of the Novo Gramacho biogas project in Brazil — the world’s largest biogas project of its type. END_OF_DOCUMENT_TOKEN_TO_BE_REPLACED

From Newport Beach, California, the U.S. energy company FirmGreen, Inc. (FirmGreen®) is making big waves in green technology as the first international shipment of its proprietary biogas cleaning equipment begins this week, with more shipments to follow. Bound for the Novo Gramacho Landfill near Rio de Janeiro, Brazil, this USA-made equipment and the landfill gas cleanup project will transform a wasteland and support hundreds of jobs for American manufacturers and Brazilian workers over the next two decades. Such equipment exports are welcome news in a U.S. economy facing an ongoing trade deficit and job shortfalls hovering at some seven million, since the start of the 2007 recession.

From Wasteland to Green Energy

Interestingly, the Novo Gramacho landfill where this innovative project occurs is depicted in the internationally acclaimed documentary and 2011 Academy Awards nominee, Waste Land. In 2010, FirmGreen negotiated an agreement with Brazil’s Gás Verde, S.A., who is the project developer and the plant’s owner-operator, to turn Waste Land’s “dirty gas,” a natural by-product of trash decomposing, into clean usable gas using FirmGreen technology. The resulting biogas is an environmental-friendly, highly useful fuel with the energy-equivalent of natural gas.

To fabricate the specialized gas cleaning equipment required for the project, FirmGreen contracted with an established company out of Dublin, Ohio: Guild Associates. Guild employees are also helping start-up Gás Verde’s Biogas Plant. FirmGreen’s CEO, Steve Wilburn, commented, “Our world continues to face significant economic challenges, yet this project demonstrates how bi-cultural teamwork can generate hundreds of jobs, in this case throughout six U.S. states—Indiana, Wisconsin, Ohio, California, Michigan, and Texas as well as Brazil. Brazilian contractors are manufacturing some of the Novo Gramacho project components and will take a lead role during plant installation. Together, we are building a sustainable, renewable energy process that is environmentally friendly and good for the citizens of both countries.”

Petrobras, the largest company in Latin America by market capitalization and revenue, will use the biogas from the project to generate over 10% of the thermal energy needed to run its Duque de Caxias Refinery. Petrobras has an impressive record supporting clean energy technologies, and according to the U.S. Government’s EPA LMOP calculator, the Novo Gramacho Biogas Plant will reduce greenhouse gas emissions by 1.4 million metric tons, annually. The Novo Gramacho Biogas Project is slated to begin commercial operations late this year.

Wilburn asserts, “FirmGreen’s business model demonstrates Americans can, and should, take global leadership roles in renewable technologies. We have the skilled labor pool and can-do spirit that makes America great. We can replicate this process in landfills worldwide. We can help rebuild America as an exporter of green technology to the world markets.”

An internationally recognized energy executive and devoted conservationist, Wilburn has had success with similar projects developed in the United States. Most recently, FirmGreen’s Green Energy Center in Ohio won an EPA LMOP Project of the Year Award for converting landfill gas to electricity and CNG for vehicle fuel. Remarkably, FirmGreen has achieved this success without any federal, state, or government subsidies.

Visit the movie website to find out more about the lives of the catadores: http://www.wastelandmovie.com/

Because these cookies are strictly necessary to deliver the website, refuseing them will have impact how our site functions. You always can block or delete cookies by changing your browser settings and force blocking all cookies on this website. But this will always prompt you to accept/refuse cookies when revisiting our site.